On December 17, 2021, approximately 2.5 hours after being duly charged by Civil District Court Judge Jennifer Medley, an Orleans Parish jury returned a verdict for the Stauder family in the amount of $10,354,620.31, which included $4.8 million in survival damages, and $5.5 million in wrongful death damages. In returning their verdict, the jury found that Union Carbide was at fault in causing Mr. David Stauder's development of mesothelioma and his ultimate death.

Plaintiff-Decedent, Mr. David Stauder, a union pipefitter, was exposed to asbestos while working at multiple facilities in Louisiana throughout the 1960s and 1970s, including at Defendant Union Carbide's facility in Taft, Louisiana. As a result of his exposure to asbestos, Mr. Stauder was diagnosed with malignant mesothelioma, a fatal and terminal cancer caused solely by asbestos exposure. Before succumbing to his illness, Mr. Stauder suffered for approximately 3 months. Our clients and surviving beneficiaries/daughters of Mr. Stauder, Jill Stauder and Shelley Stauder filed suit in Civil District Court for the Parish of Orleans, against Union Carbide and others, alleging that his exposure to asbestos while working as a pipefitter caused his mesothelioma and death.

At trial, Plaintiffs proved that Mr. Stauder was substantially exposed to asbestos while working as a pipefitter at Union Carbide's facility in Taft, Louisiana over the course of a few months in the late 1960's and early 1970's, and that such exposure [to asbestos] was a substantial contributing factor in causing Mr. Stauder's mesothelioma and subsequent death. The entire in-person jury trial lasted 2-weeks.

Prior to trial, one of the Defendants' key expert witnesses, Dr. Jennifer Pierce, was excluded from rendering any dose reconstruction opinions or from testifying as to the credibility of any witness. Union Carbide's defense at trial was that Plaintiffs' fact witness, a co-worker of Mr. Stauder's, who testified that he saw and worked with Mr. Stauder at Union Carbide, was not a credible witness. Union Carbide also argued that Mr. Stauder worked at and was exposed to asbestos at several other facilities, and that those exposures were the cause of his development of mesothelioma. 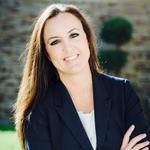 Ms. Lindsey Cheek started The Cheek Law Firm, LLC because she is passionate about her clients and causes, and she believes in fighting for the underdog. She doesn't shy away from difficult cases, including those involving mesothelioma, asbestos-related lung cancer, or other occupational-related cancers and injuries, including maritime and Jones Act injuries. She tenaciously fights for her clients and their families because she believes they deserve effective, empathetic, competent and compassionate legal representation.

Thank you for contacting us. We will get back to you as soon as possible..