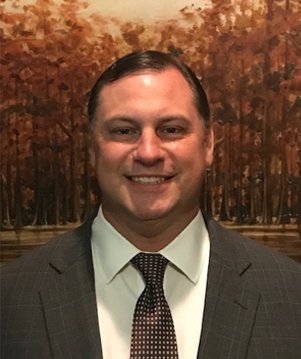 With strong roots in the New Orleans area, Clay Fostel has been representing injured workers and their families in the State of Louisiana for nearly 20 years. The vast majority of his practice has focused almost entirely on helping victims of asbestos-related lung cancer and mesothelioma. Prior to joining The Cheek Law Firm, for many years Clay was in charge of managing one of the largest asbestos dockets in the country for a prestigious national firm; and to this day he feels honored to represent hundreds of exceptional men and women who have been struck down by mesothelioma.

Mesothelioma victims have often worked in settings such as Industrial facilities, shipyards, commercial/residential construction, automotive shops, oilfields, or in other settings where the use of asbestos was prevalent. Washing the clothing of a family member who worked with asbestos can also increase your risk of developing mesothelioma. Family members living with anyone who worked with asbestos can be at an increased risk of developing mesothelioma and possibly other asbestos-related diseases. This is because asbestos dust can be brought into the home on the clothes of anyone who worked with or around asbestos-containing products.

Exposure to asbestos is the most common risk factor for mesothelioma, and it is the only recognized cause by many health and environmental organizations around the world. In the United States, asbestos is considered the major cause of malignant mesothelioma and has been considered “indisputably” associated with the development of mesothelioma. A history of asbestos exposure exists in almost all cases of mesothelioma. Call us today for more information about mesothelioma or to schedule a free no-obligation consultation with Clay or any of our lawyers.

Raised to believe that helping others and serving his community are among the most important values a person can have and growing up in a legal family, Clay was introduced to the law at a young age. He spent a great deal of his youth at his father's law firm, learning about the law and the impact that an attorney can have on the lives of others, particularly those in need or who have been injured by corporate greed. Clay’s father worked with and helped countless clients deal with difficult and devastating personal injuries by seeking compensation for them so that they could focus on recovery and getting their lives back. He admired the work that his father did and was grateful to have the opportunity to learn from and see first-hand the impact that he had on the lives of others.

Clay attended Southern Methodist University in Dallas, where he studied psychology and minored in business. This way, he knew he would be prepared to handle both the business and emotional sides of being an attorney. After watching his father help so many injured victims growing up, he knew how important empathy and emotional support would before his future clients, as many of them are victims of others’ careless actions.In 1996, Clay graduated from SMU and was accepted into the South Texas College of Law in Houston. He earned his Juris Doctor and graduated from law school in 1999. Next, he went straight to work as an attorney, representing everyday working people. Since that time, Clay has tried to verdict a variety of different kinds of cases — including those involving car accidents, 18-wheeler accidents, oilfield explosions, mesothelioma, and asbestos-related lung cancer.

As an experienced trial attorney, Clay has litigated countless cases — big and small — including a case in 2004 in which he obtained one of the country's largest verdicts. His efforts in representing countless victims of asbestos exposure have helped his clients recover settlements in excess of $500,000,000.00.

Throughout his career, Clay’s work ethic and integrity have established and solidified a reputation as a fair, knowledgeable, and results-oriented attorney who always puts the needs of his clients before anything else.

Ask Clay his mission, and he’ll tell you that he will always, constantly strive to live up to the high standards that his father set in his youth. That is, to provide the same level of compassionate support and effective legal counsel to those who need it most. At the end of the day, Clay believes that his job goes far beyond simply providing legal services. His purpose is to provide guidance and support so that clients can focus on what matters most — recovering from their injuries and getting their lives back on track.